Songs and Stories of a Civil War Hospital 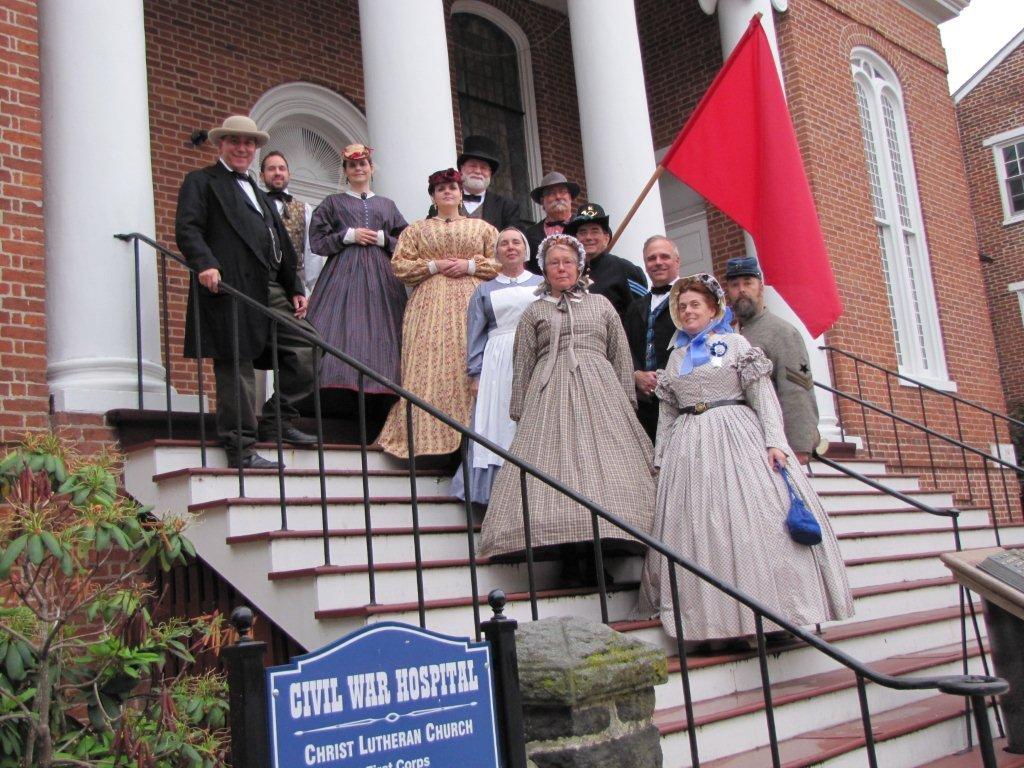 Songs and Stories of a Civil War Hospital, please see our 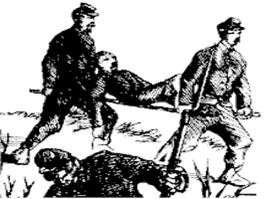 Candlelight at Christ, now Songs and Stories, was initiated in 1999, and has been presented on consecutive Saturday evenings each summer plus special performances throughout the year,  Since inception, more than 15,000 people have attended the program.

A typical  Songs and Stories evening begins at 7:30 PM with music on the church steps (weather permitting) followed by the main program in the church proper at 8:00 PM.

Each performance includes a violin prelude, welcoming comments, a brief church history, accounts of Chaplain Howell's death and a local citizen's escape into the church bell tower, first-hand accounts of the Christ Church hospital as told by a wounded soldier and a care-giving nurse, Civil War poetry by Walt Whitman, passages from Abraham Lincoln's Second Inaugural Address, and music by well-known local musicians.

STORIES OF A CIVIL WAR HOSPITAL 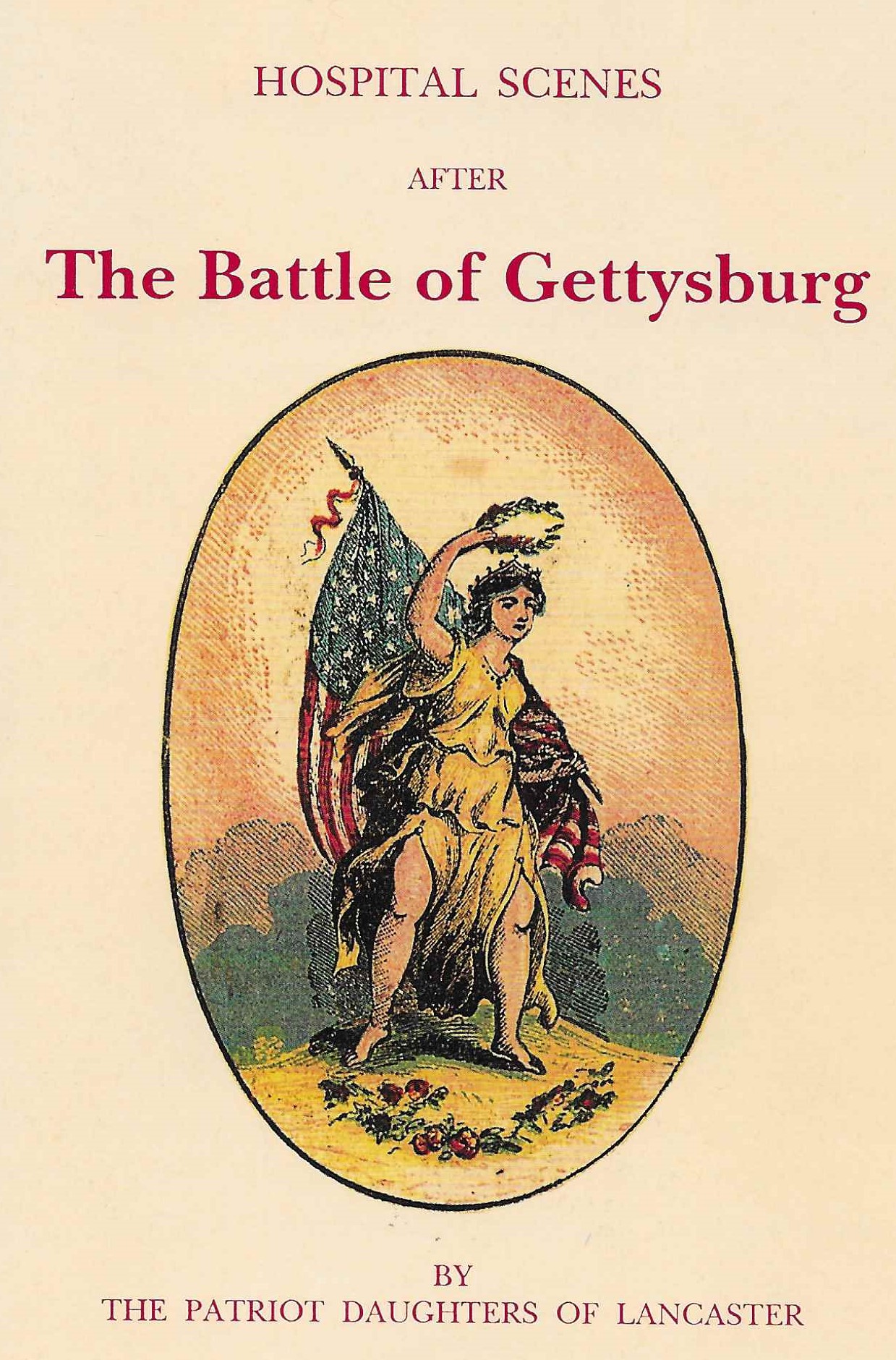 Immediately after fighting began northwest of Gettysburg early on July 1, 1863, Union officers designated Christ Lutheran as a hospital, and it served as an active hospital until August 15, 1863.

Although officially a Union hospital, during the Battle and for several days thereafter, it treated Confederate soldiers also. At its peak, the Christ Lutheran hospital accommodated about 150 wounded soldiers. By August 3, 1863, it still had 78 patients.

Mary McAllister, a neighbor who helped open and establish Christ Lutheran Church as a hospital, recalled that first day: "Every pew was full; some sitting, some lying, some leaning on others."

“Let it ever be said to the honor of the good people of Penn., that they never withheld anything from the soldiers that was for their general good. From the earliest to the latest day, they were the same loyal, generous people. A Massachusetts soldier never wanted for anything they could give.” Three Years With Company K; Sgt. Austin C. Stearns, Co. K, 13th Mass. Infantry – and a patient at Christ Lutheran hospital July 1-3, 1863.

The following are passages from Gregory Coco's book, "A Vast Sea of Misery:"

"One of the most aesthetically pleasing and stately public buildings anywhere in the Gettysburg area, is this church, located on the south side of Chambersburg Street. It may be the only church in the town that outwardly appears as it did in July of 1863. Adams County is fortunate to have it standing mostly unchanged. ...This was probably the first public building in the town of Gettysburg to be commandeered as a hospital by Union soldiers.

"...Charles McCurdy recalled: 'Two doors below our house, the College Lutheran Church was filled with the wounded. The auditorium of the church was on the second floor and the wounded had to be carried up a long flight of stairs from the street. Surgeons were at work under very rude conditions. ...The Church yard was strewn with arms and legs that had been amputated and thrown out the windows...'" 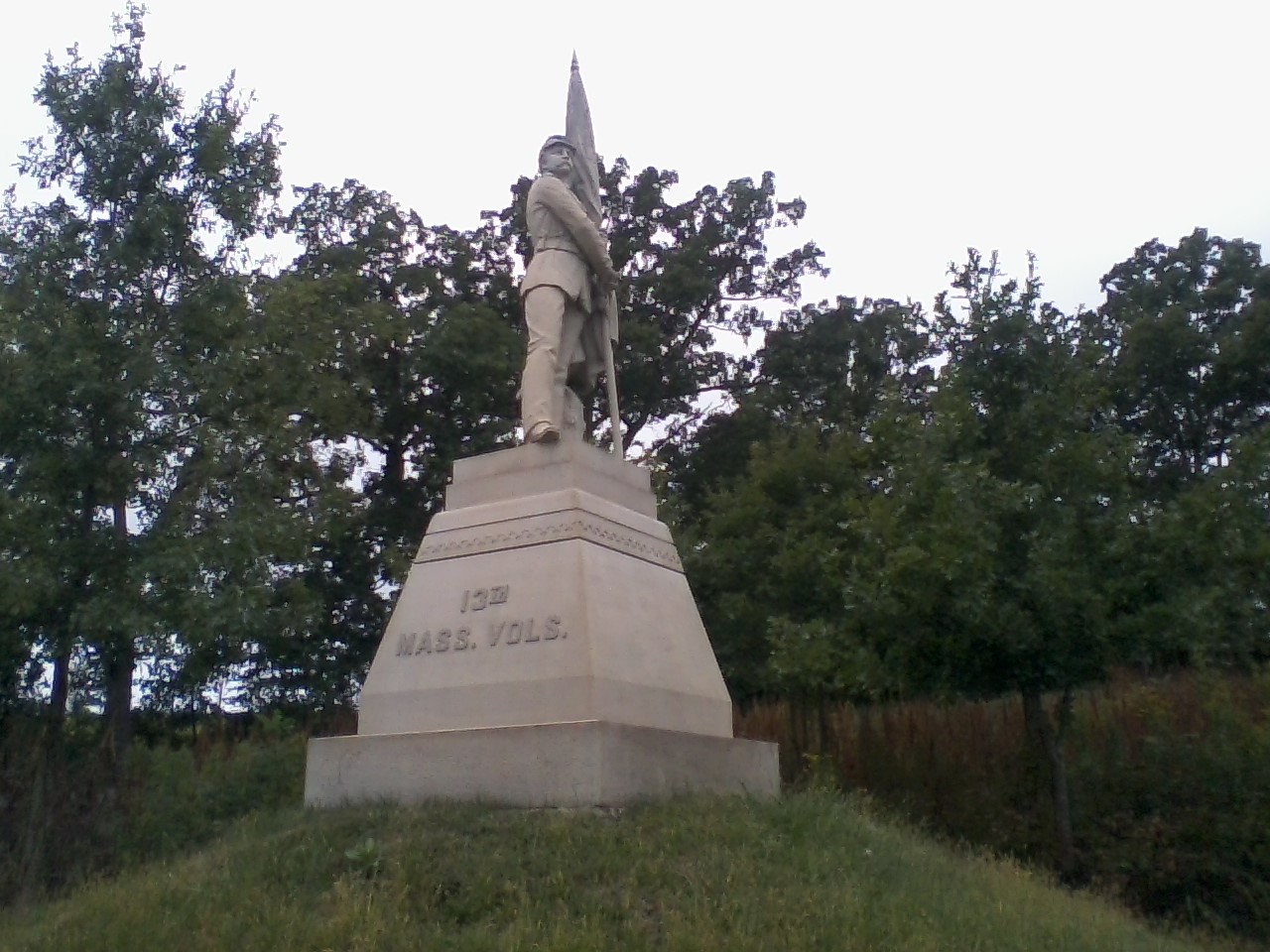 "Melvin Walker, 13th Massachusetts Infantry, pinpointed where these operations were performed: 'I was taken to a large church on Chambersburg Street where our division hospital had been established on the ground floor. The large vestry was fast filling... An operating table was placed in an anteroom off the Main hall and here our surgeon worked with knife and saw without rest or sleep, almost without food, for 36 hours before the first round had been made...

After the surgeon's work was done, we had no care save such as a few less seriously wounded comrades could give... The first night 23 dead were carried from our room....'"

In her book, "Letters of a Civil War Nurse," Henrietta Jacquette quotes one of her letters from Gettysburg, dated July 7, 1863: "...I would get on first rate if they would not ask me to write to their wives; that I cannot do without crying....      " For further information about this hospital and some video clips see: "The Stories"

Scroll down for 2019 schedule of performances

A Sanctuary for the Wounded: The Civil War Hospital at Christ Lutheran Church, Gettysburg 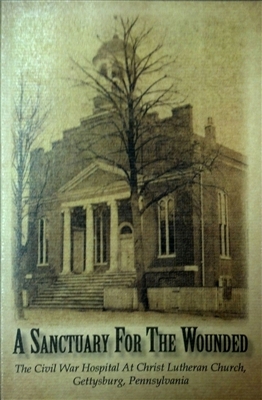 Christ Lutheran Church was used as a hospital during and after The Battle of Gettysburg, July 1863. This published book tells some of the stories of the courage and sacrifices of the people who were at the hospital. On sale at the performances for $10 or

To purchase a CD of the Songs and Stories program contact the Adams County Historical Society giftshop here: http://store.achs-pa.org/product-p/gift0008.htm